The House of Representatives

In the 2020 Election, the Democratic Party retained control of the House of Representatives; however, their majority is the slimmest it has been since World War II. Republicans went into this election expecting to lose anywhere from 5 to 15 seats, but thanks to an increase in Republican women, minority, and veteran candidates, Republicans were able to flip a net of 12 Democrat-held seats. Even further, not a single incumbent Republican who won his or her primary lost in the general election. With the House of Representatives' razor-thin majority-minority difference between Democrats and Republicans, President Joe Biden may find it harder to move his agenda from promises to results. 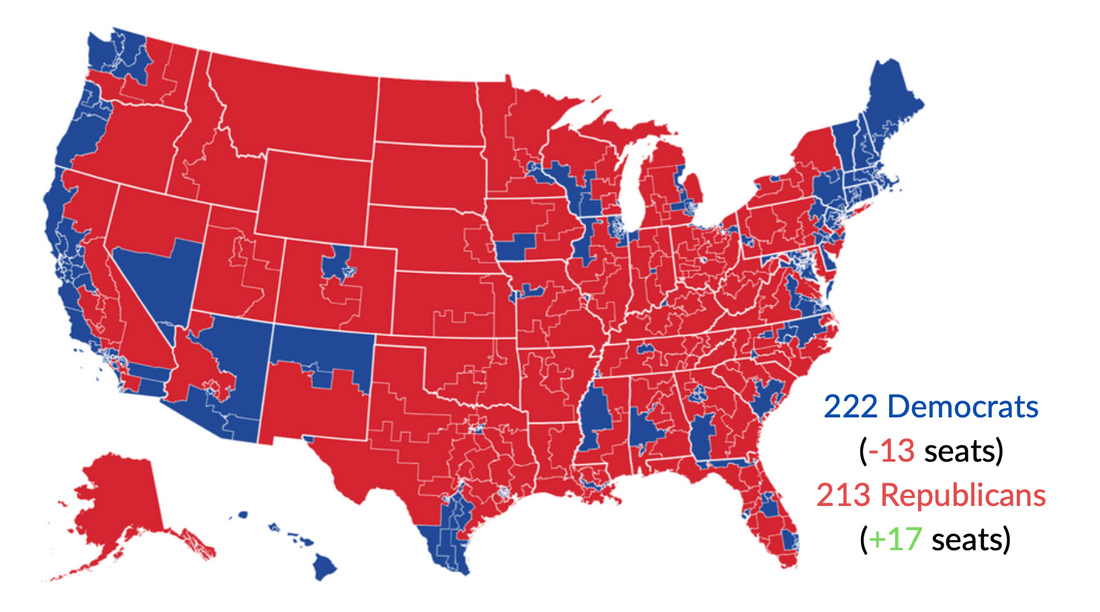 With every election, more and more Americans of different backgrounds and identities are elected to Congress. A freshman representative is a newly elected member of Congress-- someone elected to his or her first term. The concept of people voting in representatives who are like those who elected them is known as descriptive representation, as opposed to substantive representation where people vote for the best candidate, regardless of his or her physical characteristics. But as this freshmen class easily demonstrates, we don't need to focus on either/or when we can have both a diverse Congress that reflects the country's population and one capable of solving issues and brokering compromise. 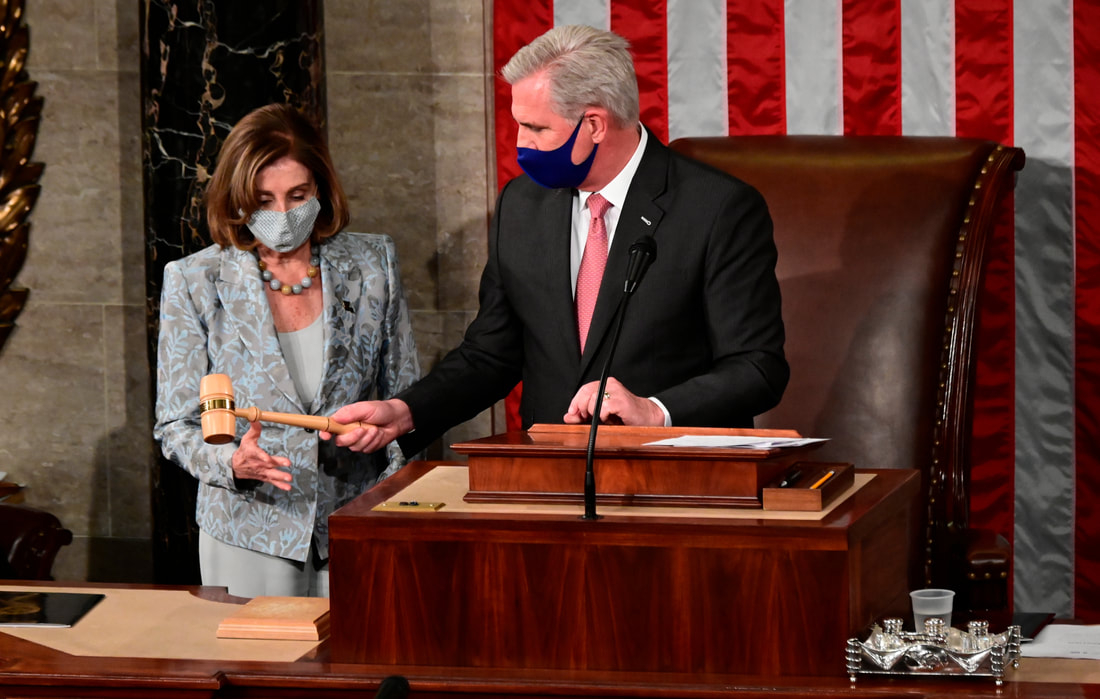 Newly elected Speaker of the House Nancy Pelosi (D-California 12) receives the Speaker's gavel from Minority Leader Kevin McCarthy (R-California 23) after an hours-long vote for Speaker of the House. Due to COVID-19, six groups of around seventy members rotated in and out of the House chamber to vote for speaker; Pelosi won with 216 votes to McCarthy's 209. Three members voted "present" and two votes were cast for Senator Tammy Duckworth (D-Illinois) and Representative Hakeem Jeffries (D-New York 08). 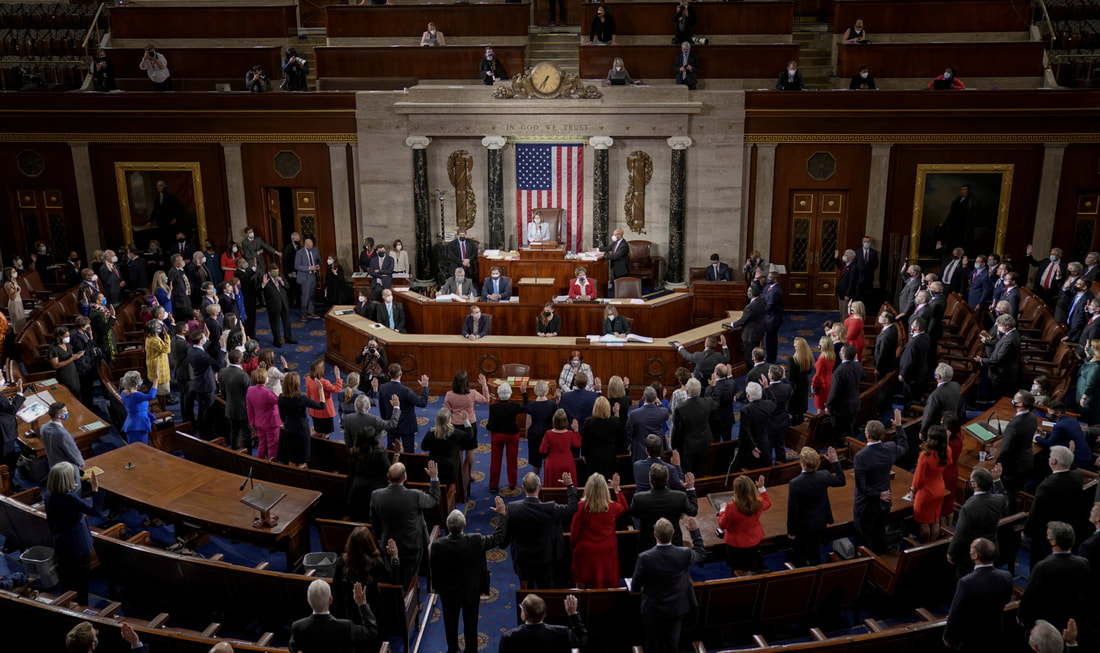 Speaker of the House Nancy Pelosi swears in the 117th House of Representatives; with such a large chamber of 435 members, COVID-19 precautions were hard to implement and maintain.

When no Senator in either Georgia race got a majority of the vote on November 3rd, two runoffs, or later elections, were scheduled for January 5th between each of the races' top two vote-getters. After winning these two Senate runoffs, Democrats were able to tie the Senate at 50-50, with the President of the Senate Kamala Harris, the tie-breaker, tilting the chamber towards the Democrats. Going into these 2020 elections, Republicans were fearful of losing their 53-47 majority, as over a dozen races were rated as toss-ups and Republicans had to defend around twice as many seats as Democrats. Ultimately, Republicans defied expectations and performed very well in the Senate elections; however, the late Georgia runoffs allowed for the Democrat party to achieve a trifecta of control over the presidency, the House of Representatives, and the Senate. 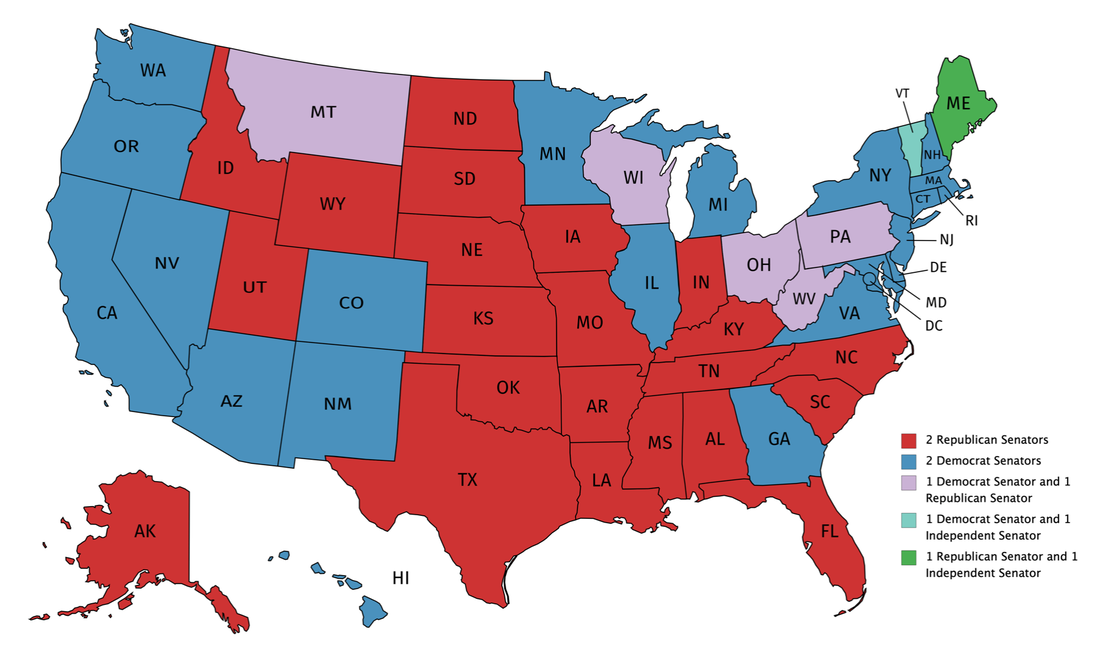 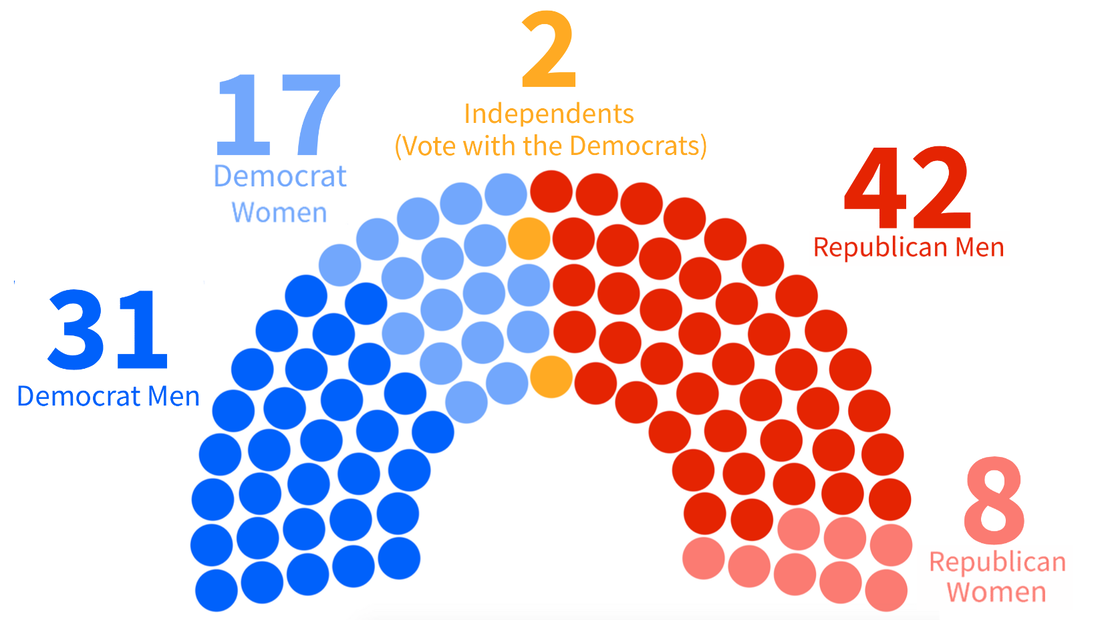 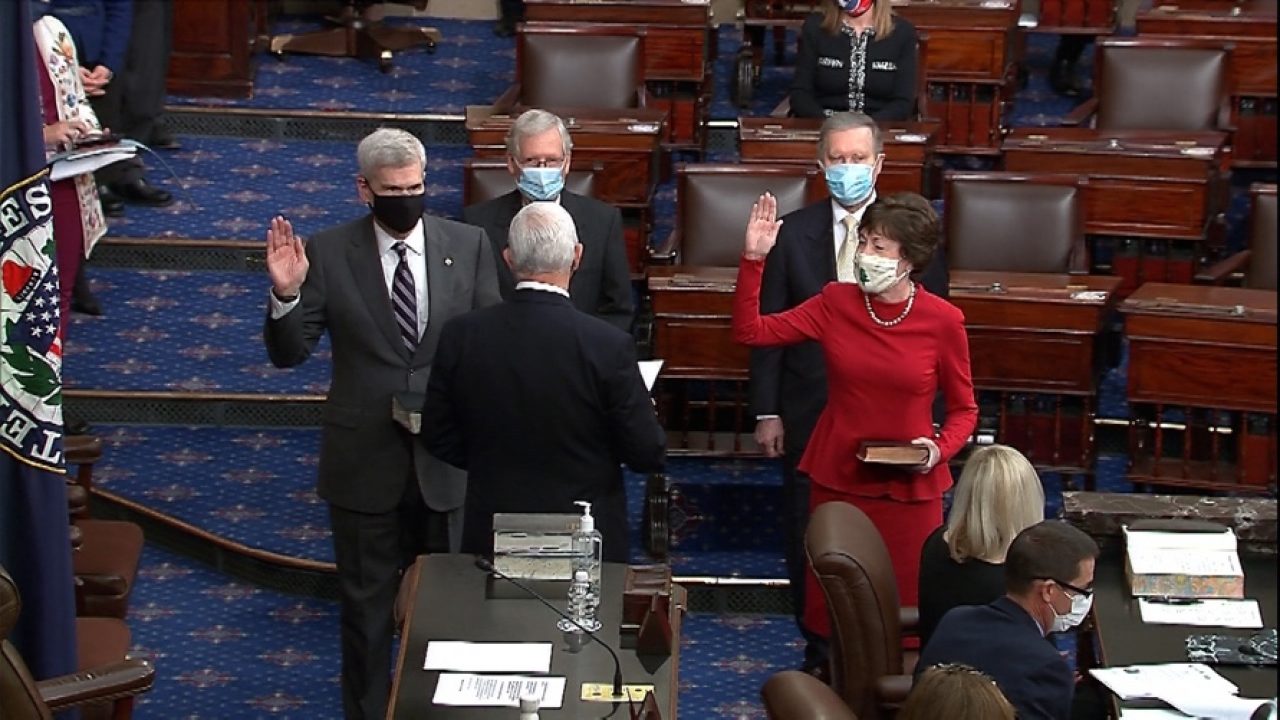 President of the Senate Mike Pence swearing in senators in pairs of two in order to avoid a large gathering; pictured above are Senators Bill Cassidy (R-Louisiana) and Susan Collins (R-Maine). 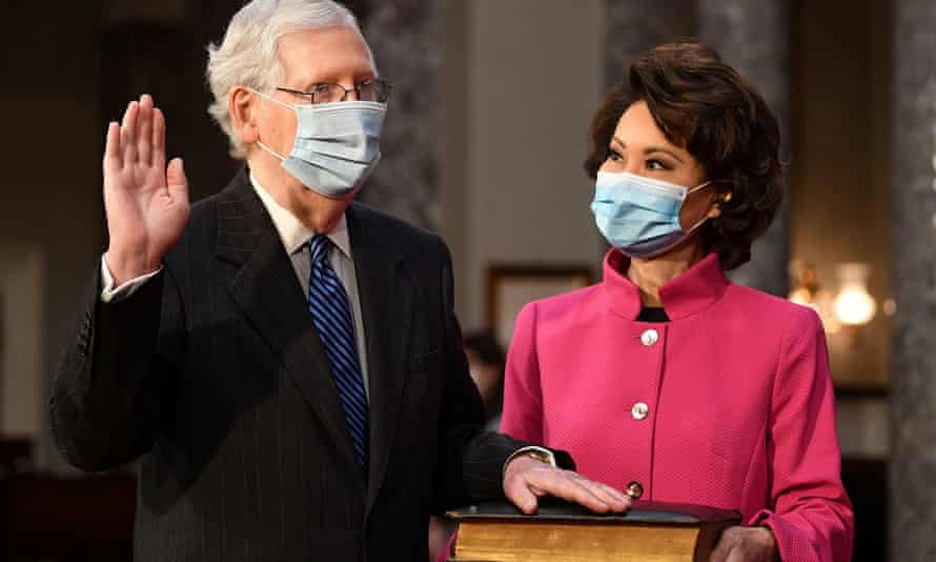